Tim Cook Is a Proud Gay Man, Just Imagine If Apple Were An Indian Company… 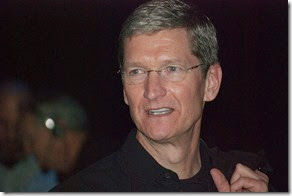 Apple CEO Tim Cook wrote in a post published by Bloomberg Businessweek that he is gay and is proud to be so. With this, Tim Cook became the only openly gay CEO of a Fortune 500 company. In the same post he also confessed that he is lucky to be leading a company that respects people’s differences and does not discriminate on the basis of their sexual orientation.
But the circumstances are not the same for everyone out there. Being an Indian youngster who envisages a progressive and open Indian society, whenever I get to know about something positive or progressive happening in any part of the world, I always think “could this happen in India?”. When I read this post by Tim Cook, the first thing that came to my mind was what if Apple were an Indian company and Tim Cook an Indian? And the answer to this hypothetical question, if you’re an Indian you probably know, is very disappointing. Mr. Cook might well have landed himself in a jail for his confession. Not only that, I wouldn’t be surprised to see some religious (or political) groups taking to streets agitating against Apple and I’m sure they’d also vandalise a few offices and retail stores of the company.
Contrary to the outcome of this hypothetical situation, Tim Cook has actually received mostly positive reactions from American politicians and from other CEOs in the silicon valley. So why can’t Indians accept differences in sexual orientation. To be over simplistic, you may say its all about a Supreme Court judgement that ruled that the much controversial section 377 of the IPC (Indian Penal Code) is still valid and therefore gay and lesbian sex is still illegal in India. Though I agree that this judgement is one of the most regressive judgements our Supreme Court has ever passed and needs to be revisited, but the core problem is social, not judicial. If you ask me, its about how you perceive a person. Indians tend to put a lot of value in things like a person’s gender, sexuality, and caste which the person is born with and has no control over, rather than the qualities that he/she develops during his/her lifetime. Tim Cook also talked about this in his post. In his own words-:


“Part of social progress is understanding that a person is not defined only by one’s sexuality, race, or gender. I’m an engineer, an uncle, a nature lover, a fitness nut, a son of the South, a sports fanatic, and many other things. I hope that people will respect my desire to focus on the things I’m best suited for and the work that brings me joy.”

This also, to an extent, explains female infanticide, caste based discrimination and many other social evils that we see in our Indian society. If India is to make any progress, we must learn to respect (or disrespect) people based on their occupation, hobbies, interests or anything that they are accountable for. Things like gender, caste and sexual orientation are simply irrelevant.