Samsung Galaxy S III Coming India On May 31, Before The Official US Launch… 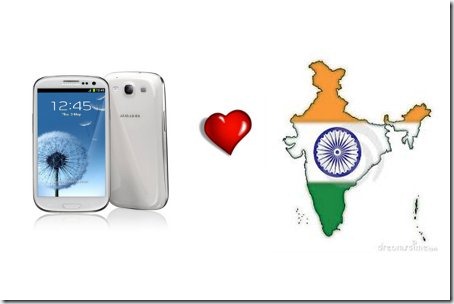 If you have been cravingly waiting for Samsung Galaxy S III since the day it was unveiled in London , your wait will soon be over. It is now confirmed that the smartphone, which has been reviewed by many techies as the iPhone killer, will be launched in India on May 31. The news was broken by IBNLive. The surprising part of the story is that Samsung has decided to launch the Galaxy S III in India even before its official launch in US (expected in early June) . Once again Samsung has proved that unlike Apple, it is really quite serious about the Indian Market. While Apple has always treated India like a dumping zone for their products, launching its products months after their release in US and other markets; Samsung which enjoys almost 60% share in Indian smartphone market, has shown remarkable trust in the Indian consumers. But there is one disappointment though; Galaxy S III, which was earlier expected to be priced between INR 35000 and 40000 , will probably be launched at INR 42000.


Recently, when Samsung India officially announced on Twitter that India won’t get the Galaxy Nexus Phone, there was a lot of outrage by Indian techies and geeks. But many had rightly speculated that the launch was kept on hold because the company wanted to focus on the iconic launch of Galaxy S III.
Now that you know that the Galaxy S III is very soon coming your way, let’s take a look at some of its features. The phone will be available in two colours, marble white and pebble blue and three memory variants (16 GB, 32 GB and 64 GB). However all variants will support microSDXC cards of up to 64 GB. The phone boasts of a 1280*720p HD screen, 1.4 GHz quadcore processor, an 8 MP rear camera and a 1.9 MP front camera. The phone also has some very unique features like Smart Stay, S Voice, Direct call and Buddy Photo Sharing, which the company says make the phone more human. You can pre-book the phone on Samsung India’s official website.