in India, Internet - on 12/31/2014
I’ve been unable to access the video sharing site Dailymotion (if you haven’t heard about it, it’s almost like YouTube) on my BSNL ADSL Broadband internet connection for more than two weeks now. Since the site was working fine on Airtel 3G internet, I assumed that it must be some issue with BSNL. I googled about it to see if other users were also facing the same problem. Many BSNL and Hathway subscribers had complained on various internet forums that they were unable to access Dailymotion, but no one had a clue if its an ISP issue or the websites have been blocked by an official order.

OnePlus One Banned In India

in India, Tech - on 12/17/2014
After banning Xiaomi (and then lifting the ban partly), The Delhi High Court has now imposed a ban on importing, advertising and selling OnePlus One in India. The ban comes into effect as the court granted an injunction to the Indian smartphone maker, Micromax after it pleaded that OnePlus was infringing its exclusive rights over CyanogenMod in the South Asia region which it had acquired under an Ambient Services and Application Distributions Agreement  with Cyanogen.Also Read: Xiaomi Banned In India, All You Need To Know
Read more
Labels: India, Tech

in India, Tech, Xiaomi - on 12/16/2014
News agency Press Trust Of India tweeted today that the Delhi High Court has granted the Chinese smartphone manufacturer Xiaomi, the permission to sell its devices based on Qualcomm chipset till January 8 in India. The news comes as a big relief after the court had banned the import and selling of Xiaomi devices in the country on December 9 in response to a patent violation case filed by Ericsson.
See Also: Xiaomi Banned In India, All You Need To Know

Xiaomi Banned In India, All You Need To Know

Its a shocker for all the Mi fans in India (myself included). The Delhi high court has ordered a ban on importing and selling Xiaomi products in India till February 5, 2015. The ban was ordered in response to a complaint filed by Ericsson for infringement of its Standard Essential Patents (SEP). The patents are allegedly related to AMR (Adaptive Multi Rate) technology (that enhances the range of voice frequency over cellular network), 2G (GSM) and 3G (UMTS or WCDMA) technologies and are licensed under FRAND (Fair, Reasonable and Non-Discriminatory Terms).

in India, Internet, Shopping - on 12/11/2014
The Great Online Shopping Festival or the GOSF has started and as was earlier announced by Google, many manufacturers (Google being one of them) have launched their products in the event. All such products are listed in the Exclusive Launches Section of the GOSF website. Most of these products are launched in partnership with an ecommerce portal. Let’s have a look at some these exclusive launches.
Read more
Labels: India, Internet, Shopping

The holiday season has already started and this is the time of the year when Indians feel left out of the party. In the western world, shoppers get huge discounts, thanks to Black Friday and Cyber Monday; consumers in India don’t get much out of the December holiday season. GOSF is Google’s attempt to change this scenario and bring the charm of holiday deals to the Indian shores as well.  For the uninitiated, GOSF or The Great Online Shopping Festival, as the name suggests, is an online shopping festival organised by Google in the month of December in partnership with some of the big names in the Indian ecommerce world. Google has been organising the festival since 2012 and in 2014 it is in its third iteration. In 2012 it was a single day event, but this time the festival will last for three days, 10th to 12th December.

Airdroid 3 Update Comes With New Features And A Desktop App

in Android, Apps, Tech - on 12/07/2014
Popular Android file transfer app Airdroid was recently updated to version 3.0 (version 3.0.1 is live now) and with this update it now also has a desktop version for Windows and Mac computers. Earlier you had to open Airdroid web app in your browser in order to transfer a file to your Android device. This is the second major update by Airdroid this year after the update in March which introduced the notification mirror service that allows you to receive your Android notifications on your computer in real time.

How To Get The Best Deal While Shopping Online In India 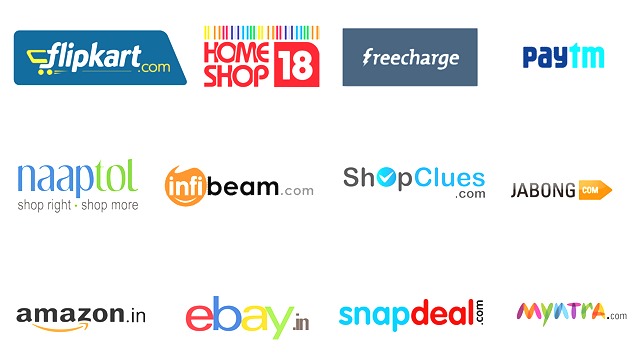 Holiday season has already started and online shopping websites like Flipkart, Amazon and Snapdeal seem to be in no mood to leave any stone unturned to maximise their sales this festive season. Flipkart for example, came up with massive discounts on its Big Billion Day sale on October 6. It offered some of the products like Samsung Galaxy Tab 2 and Nokia Lumia phones at 90% discount. It even sold many items for just Re. 1. Flipkart however received a lot of criticism both from customers as well as from the manufacturers. Amazon India is also running a Diwali Damaka week on its website, while Snapdeal is trying to woo the customers by offering rock bottom prices as a part of its Diwali Bumper Sale. In fact, most of these shopping websites are even willing to bear a temporary loss as they are concentrating on getting as many people in India to shop online as possible.
Read more
Labels: India, Internet, Shopping

Amazon To Sell OnePlus One In India 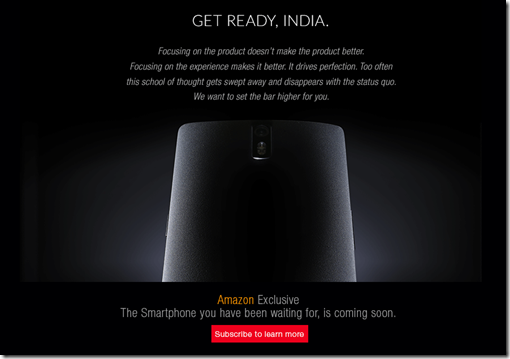 The wait is finally over now. The one smartphone you’ve been waiting for is finally coming to India. Amazon India has teased OnePlus One in a YouTube banner ad.  Though they are keeping the name of the device a secret, the picture makes it very clear that it is the OnePlus One. Amazon India is also running a contest on Twitter and Facebook. You can win Amazon gift cards worth Rs. 5000 and some other goodies by retweeting their tweets on Twitter and sharing their posts on Facebook.
Read more
Labels: India, Tech
Older Posts Home